The Motheredness of the World

“…We were all held, touched, interrelated, in an invisible net of incarnation. I would scarcely think of it ordinarily; yet for each creature I saw, someone, a mother, had given birth….Motherhood was the gate. It was something that had always been invisible to me before, or so unvalued as to be beneath noticing: the motheredness of the world…”

of life and the universality of motherhood (even for squirrels!), forms a key part of my own thealogy as well as my ethics. I return to this concept of the invisible net of incarnation over and over. I am aware that some people critique mother goddess imagery as exclusive or reductionist, but I am of the opinion that Mother Goddess imagery is not specifically about women as mothers, but rather about the motheredness of the world. In this way, I do not find the image of the Mother Goddess (that web of incarnation Herself!) is exclusive, rather I find it exceedingly appropriate. It isn’t about a culturally constructed role, it is about the primal relationship. The root of life.

At Brigid’s Grove, we value, honor, and celebrate each turn on the women’s wheel of life, whether someone has children or not. There are many women’s mysteries and much goddess wisdom to explore at all ages, stages, phases, and family configurations. I find that to honor and celebrate one experience need not devalue or denigrate another’s experience, rather we hold multiple realities at one time. The journey of woman who has experienced infertility. The celebration of the woman who gives birth at home. The joy of a mother of many. The self-possession of the woman who is childless by choice. The wisdom and life experience of the sage woman crone. The priestess path as it is expressed in many forms of service, healing, wisdom, gifts, and ceremony.

I began my professional career focused on what I, as a still-teenage college student in Psychology, broadly described as “women’s issues.” This first was expressed in working in domestic violence shelters as an undergrad and then ongoing into my clinical practicum as a graduate student in social work. After I gave birth to my first son at 24, my passion shifted expressions to focus on childbearing women. After the miscarriage-birth of my third son, my passion expanded to the totality of the women’s life cycle and each person’s right to define and acknowledge the significant moments of their other lives, regardless of whether these passages, initiations, and rites are celebrated, held, or heard by the larger culture. This experience set me firmly on my priestess path. My walk through grief followed by my pregnancy with my daughter, led me to create goddess sculptures to honor experiences of all kinds–to form as sort of “3-D journal” of significant life events as well as connection to the Divine. Now, as I facilitate Red Tents and women’s rituals and work with women online in our practical priestessing and red tent courses, I am honored, humbled, and blessed to be a small part of the deep, diverse, rich, and powerful stories and paths of each of these women. There is so much goodness and courage to bear witness to in this world. 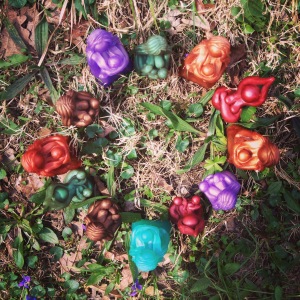 (via: A Prayer for Mothers)

As I consider mothers, women, and women’s power this weekend, I have some additional resources and thoughts to share with you: 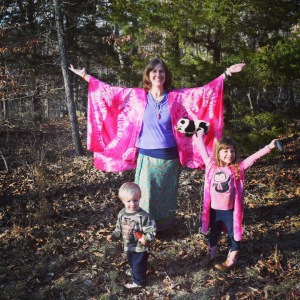