Earlier this month I was very interested to see a series of posts on Raise the Horns about the top 25 most influential people in the birth of paganism. When I read Mankey’s post, it reinforced my own conception of Goddess spirituality as having a distinctly different lineage and flavor than much of contemporary paganism. His list, while extensive, useful, and accurate, involves a distinct lack of Goddess scholars, highlighting to me that Goddess spirituality IS a different movement and isn’t actually just a Goddess-oriented branch of contemporary paganism. Indeed, almost everyone on his list I’d either never heard of, not read, or don’t enjoy their writing. I immediately started to draft a list of my own and came up with 13 women, which seemed delightfully appropriate. We in the Goddess feminist community have our own path, herstory, and lineage, one that really only began in the 1970’s in direct connection to the feminist movement, rather than the pagan movement.

Not necessarily in a particular order, here is my own list of the top thirteen most influential people in the development and articulation of Goddess Spirituality as its own distinct path. (I’ve been scrambling to finish collecting my thoughts in time to post this list while it is still Women’s History Month!) Only one of my own picks also appears on Mankey’s list.

Also deserving of mention are:

I find that feminist spirituality can be distinguished from paganism because of the inclusion of a core sociopolitical orientation and distinct sociocultural critique. Feminist spirituality to me is the intersection of religion and politics. It is religious feminism. It may or may not include literal experience of or perception of the Goddess, but it names the female and the female body as sacred, worthy, and in need of defense and uses Goddess symbols, metaphors, stories, and experiences as primary expressions of divinity and the sacred.

After originally writing this list, I thought of many more women I should have included and I kept meaning to do a part two follow-up article. I’ve yet to finish that, but this is who I would add… 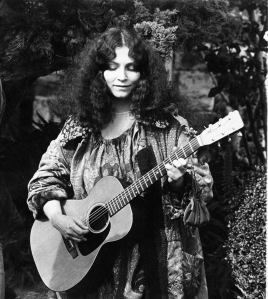 74 thoughts on “Top Thirteen Most Influential People in Goddess Spirituality”